Air conditioner compressor technology has evolved over the years, with a variety of different scroll compressors now being available on the market.  Awareness and understanding of these options however, seemingly remains to be incomplete among some project designers, equipment installers and end users.  This paper will therefore discuss the performance and reliability of three commonly used scroll compressor types, with the aim of assisting the decision making process when an appropriate air conditioning solution needs to be selected.

Air conditioning compressors are devices that compress a working fluid (the refrigerant) in order to allow for heat transfer between a heat source and heat sink.  In a typical cooling scenario, the heat source is indoor air being conditioned by an evaporator coil, and the heat sink is the outside atmosphere where a condenser coil expels the transferred heat.

Scroll compressors incorporate a stationary scroll and an electrically driven orbiting scroll which are mated together.  The interaction between these scrolls is what provides the mechanical compression of the refrigerant.  Figure 1 outlines the basic construction of a scroll compressor. 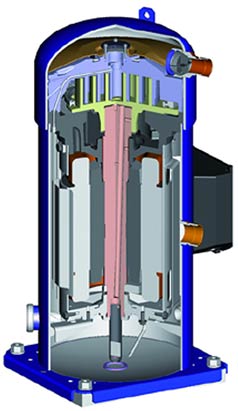 Fixed speed compressors utilise single speed electric motors to drive the orbiting scroll. They are generally the most cost effective option, and for many applications may be more than adequate.  They do however come with some drawbacks.

Firstly, the capacity of fixed speed compressors cannot be modulated with respect to the required cooling/heating load at any moment in time; they can only switch on or off as the load requires.  This makes them unsuitable for mission critical temperature and humidity control applications, with the off-cycles contributing to fluctuations in room temperature and the introduction of unwanted humidity.

Further, compressor start-up is the stage that contributes most to compressor wear as it may starve the crankcase of oil, particularly while operating on short on/off cycles.  Additionally contributing to wear, liquid refrigerant flooding can also occur upon short cycling, as explained by Emerson Climate Technologies [1].  This is detrimental as liquid refrigerant is incompressible, and ideally should only be entering the compressor in gaseous form.  Therefore, a fixed speed compressor that requires regular on/off cycling to match a load will likely have a markedly reduced lifespan.

Another maintenance consideration worth taking into account is the risk of excessive refrigeration pipework vibration and fatigue, due to the torque imparted by fixed speed compressors without soft starting.  This over time can lead to pipework breakage and the loss of refrigerant.

Much like fixed speed compressors, digital scroll compressors consist of a fixed speed electric motor driving an orbiting scroll, but with the addition of a compression negating mechanism that axially separates the scroll set, and allows for a form of capacity control.  As a solenoid valve is pulsed, the compressor periodically toggles between normal compression cycles and zero-compression cycles over complete intervals of typically 20 seconds.  The sequencing and timing of which creates a net reduction in heating/cooling output to meet the required load.  The minimum output of digital scroll compressors is stated to be an impressive 10% of maximum capacity according Emerson Climate Technologies [2]. 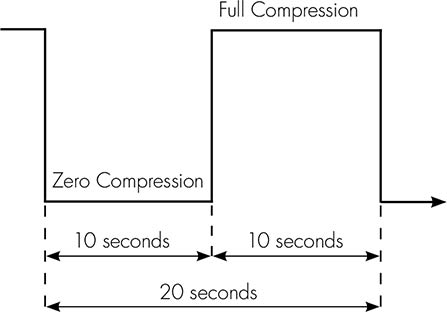 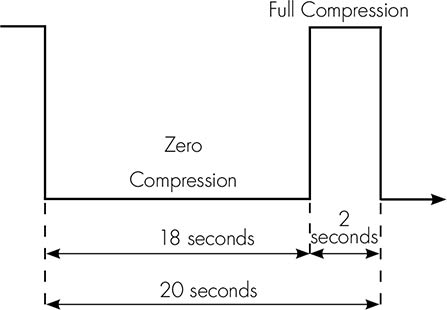 Due to the reduced mechanical load, energy is saved during of the zero-compression cycles of digital scroll compressors.  Although, as the motor is always being driven to the same speed, energy savings are not proportional to the output reduction and therefore efficiency is compromised.  Figure 4 which is from an experimental study by Hu and Yang [3] on a digital scroll compressor used in a multi-type air conditioner, demonstrates that EER (Energy Efficiency Ratio) lowers as compressor output is reduced. 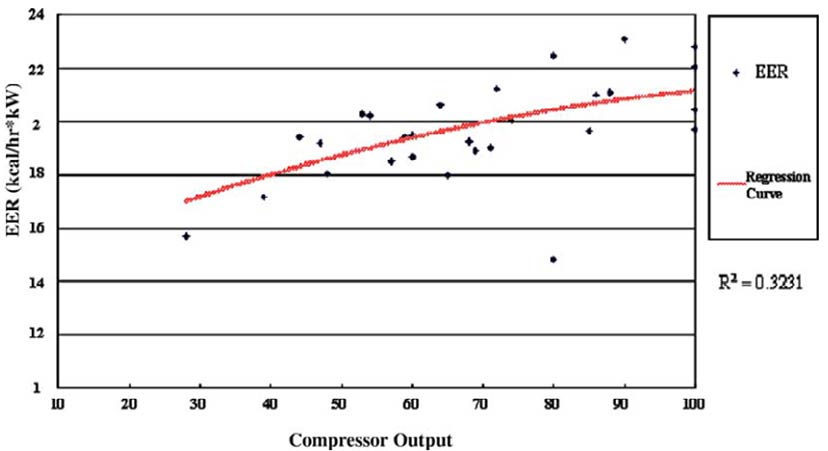 Figure 4: EER vs. output ratio of a digital scroll compressor.

Regarding the pulsating nature of digital scroll compressors, one technical paper by Elson et al. [4] suggests that the thermal inertia of a condenser coil along with the regulation provided by a TX valve is theoretically able to smooth out the mass flow rate of refrigerant through the evaporator to relatively stable levels.  Contradicting this, an experimental study by Corti and Marelli [5] detailed how a digital scroll compressor caused clear fluctuations in the refrigerant mass flow rate through both condenser and evaporator coils.  Fluctuations in supply air temperature were also observed, with the amplitude of the variation increasing as compressor capacity was decreased, and reached 0.78°C at 25% compressor output.  However, the frequency of the air fluctuation differed from the refrigerant fluctuation, and no clear causal relationship could be made with the system dynamics.  It was therefore concluded that the fluctuations in supply air temperature may be influenced by other factors aside from the compressor pulsation, and that more sophisticated equipment was needed to properly measure the air condition across the entire evaporator coil.  Regardless, these findings suggest that digital scroll compressors may not be universally reliable candidates for precision temperature and humidity control applications where system stability is highly desirable for ensuring performance.

Inverter scroll compressors are another option offering enhanced capacity control.  These utilise variable speed electric motors, allowing for steady modulation of the refrigerant compression in order to match the required cooling/heating load.  The name inverter refers to the device that supplies the usable form of power to the compressor motor and drives the speed.  The turndown ratio of inverter compressors depends on the particular model, but is generally around 5:1.

There are two variations of electric motor that are commonly used in inverter compressors; Brushless Direct Current (BLDC for short) and Permanent Magnet Synchronous Motor (PMSM for short).  Both motors are mechanically very similar, however BLDC is driven by trapezoidal current, while PMSM is driven by sinusoidal current.  These are known as synchronous motors, and as explained by Fahlén [6] are significantly more efficient than the more common asynchronous motor type (also known as the AC induction motor), particularly in part load scenarios as the incorporation of permanent magnets means they do not need to draw a constant and wasteful magnetizing current.

The energy saving potential of inverter compressors is apparent upon the ramping down of capacity, where COP (coefficient of performance) is resultantly increased because of the lowered differential between evaporating and condensing temperatures.  This is outlined in the paper by Fahlén [6] wherein the system COP (including fan power) of different heat pump scenarios is compared.  The experimental results show that an inverter compressor system with high performing PMSM motor and running at 100% output had a COP of 3.1.  While at 20% output, COP increased to 4.7 in the same conditions.  Further improvement was achieved by turning down condenser and evaporator airflows alongside the lowered capacity, and overall system COP was once again increased to 7.1.  This gain in efficiency is in contrast to the digital scroll compressor which, as explained earlier, loses efficiency upon capacity turndown.  Numerous supporting studies can be found like the one by the Electric Power Research Institute [8] and demonstrate how the improved part load COP of variable speed compressors contribute to significant overall energy savings compared to that of fixed speed compressors.

The ability of the inverter compressor to modulate refrigeration pressures and supply air condition in a stable manner makes them well suited to applications requiring close temperature and humidity control, which may include data centres, pharmaceutical labs and operating theatres for example.  One study on temperature and humidity control for Thailand Hospitals by Sookchaiya et al. [9] supports this, where an inverter air conditioner was able keep room temperature within a ± 0.35°C variation, and relative humidity below 60% over an 8 hour period.  In comparison, a non-inverter air conditioner had a recorded variation of ±1°C, and humidity gradually increased over the 8 hour period, exceeding the maximum allowable limit of 60% RH.

Although air conditioners incorporating inverter compressors require thorough safeguards in terms of mechanical design and control logic, they can also offer reliability advantages.  The soft start of the inverter compressor reduces refrigerant pipework vibration, and therefore the risk of breakage.  Compressor wear is also minimised due to the largely diminished need for on/off cycling.

Each of the compressor technologies reviewed in this article have suitable applications.  Fixed speed scroll compressors are a basic option for non-specialised projects that are possibly on a tighter budget.  The digital scroll compressor is an option that provides a rudimentary form of capacity control to better meet heating/cooling demands.  The gold medal winner of the Scroll Compressor Olympics is however, the inverter scroll compressor, which provides the most precise form of capacity modulation and makes it the ideal choice for applications requiring close temperature and humidity control.  Inverter compressors also display optimal levels of energy efficiency, which is of increasing importance in today’s energy conscious society.

This article was written by Matthew Gellert who is a Business Development Engineer at Air Change.